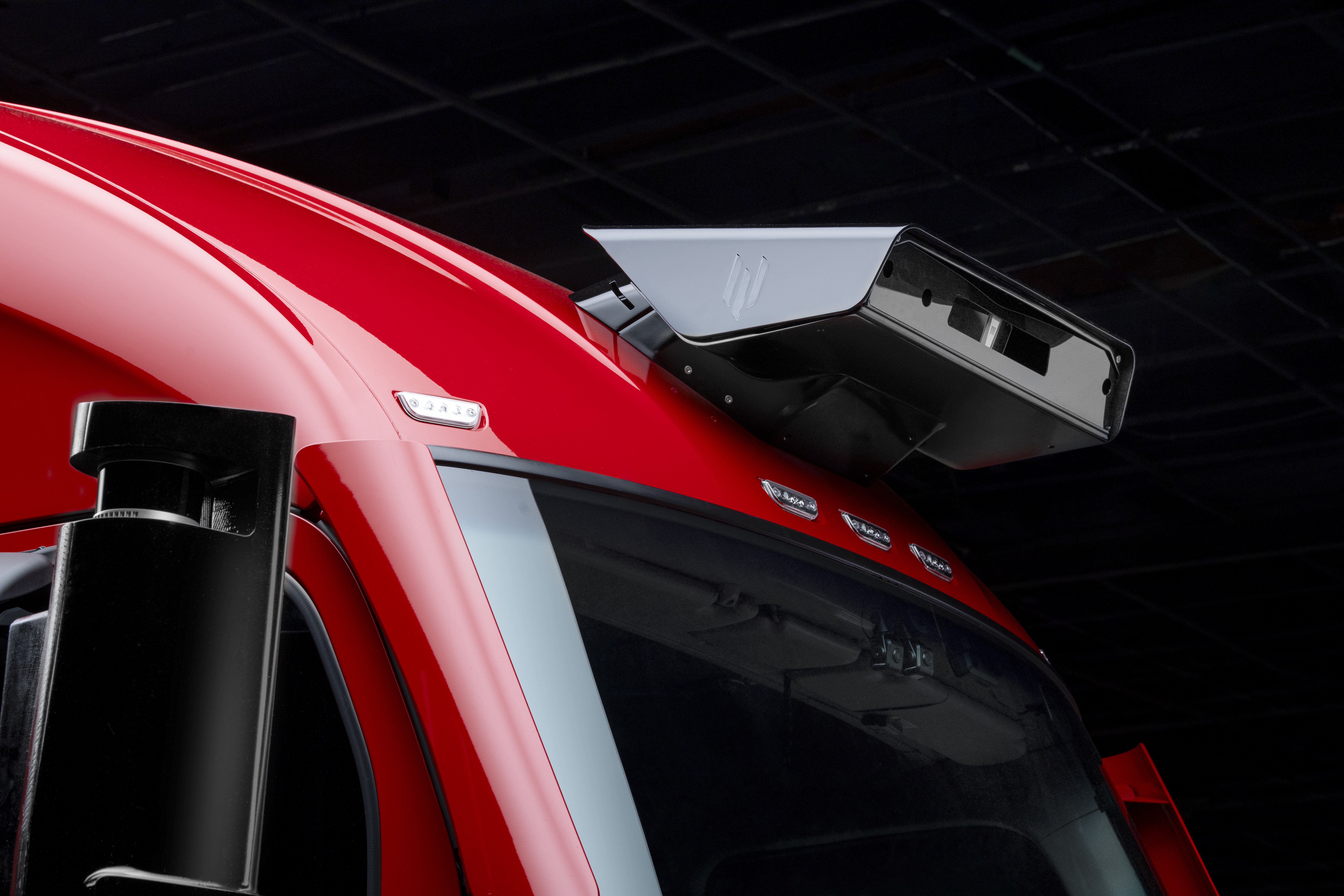 Embark has initiated handover of the first Embark-powered truck as part of the Truck Transfer Program. 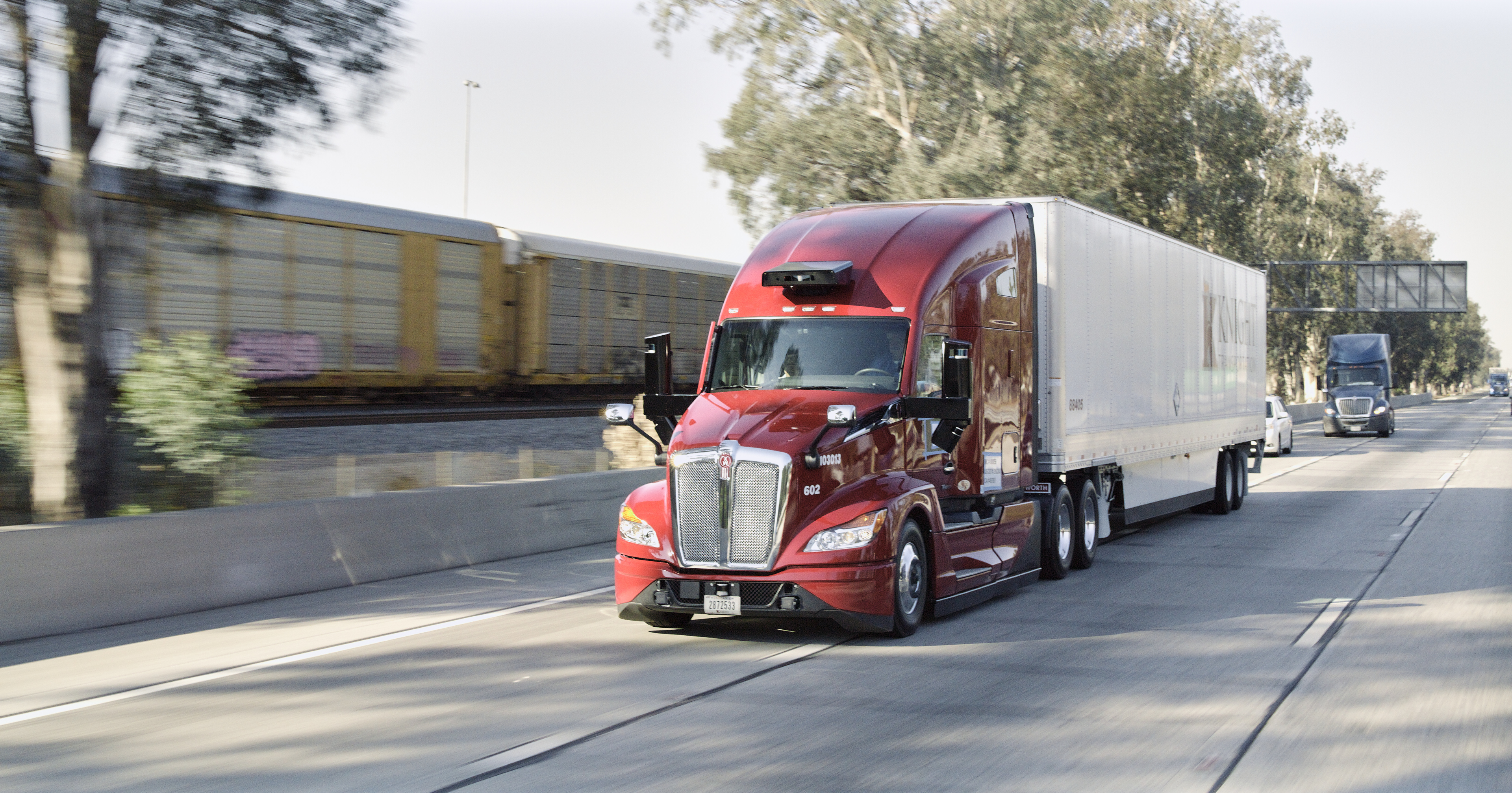 While on the road, Embark-powered trucks will be monitored and supported by Embark Guardian, a combination of cloud-based fleet management software and personnel. 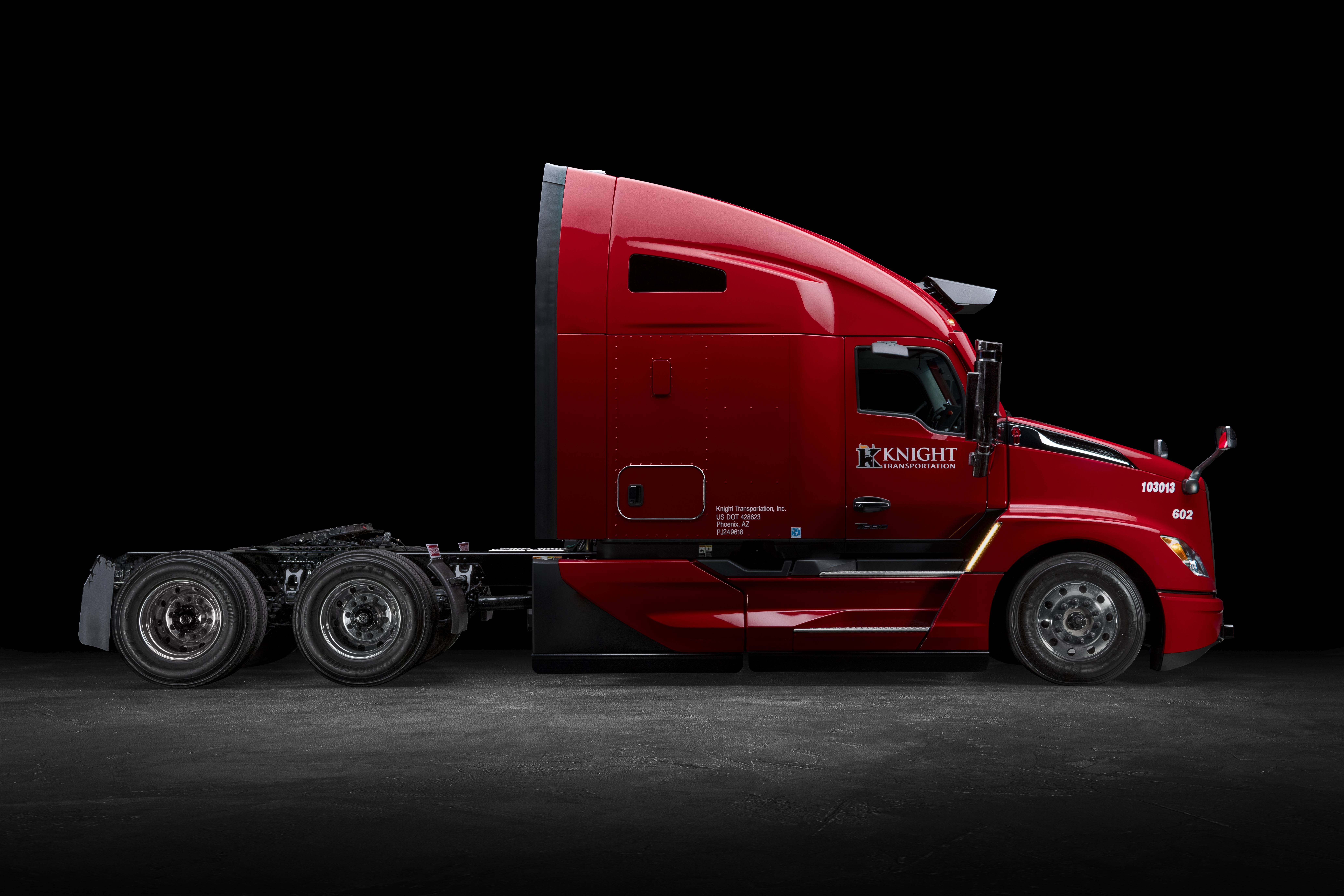 For the first time, a carrier – Knight-Swift – will place its own drivers behind the wheel of an Embark-powered truck. 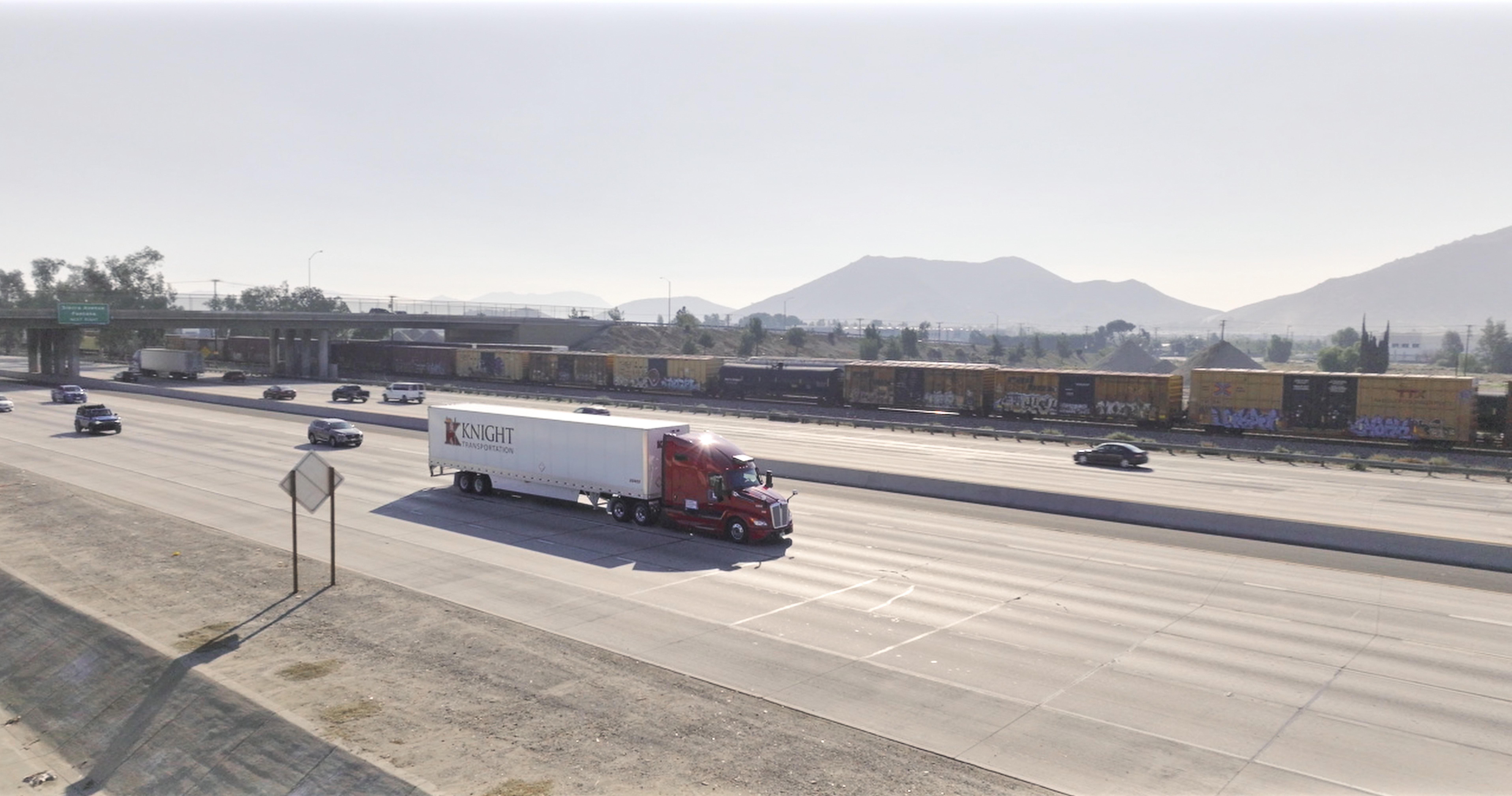 The first Embark-powered truck will begin integrating into Knight-Swift’s daily operations to move loads for large shippers on the Los Angeles to Phoenix lane. 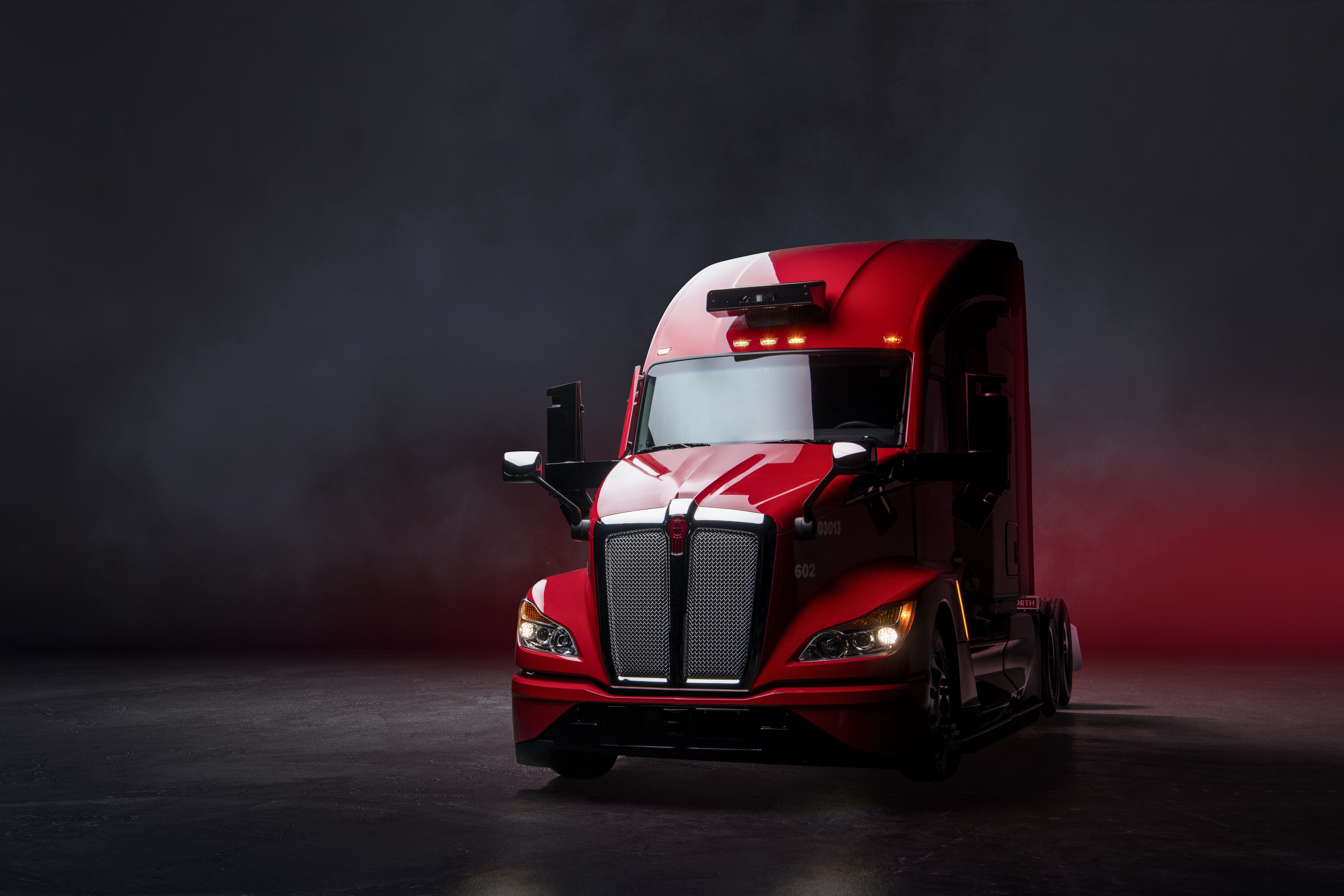 TTP marks the first public initiative where a carrier will directly own and operate a truck with select features of Embark’s automated driving software. 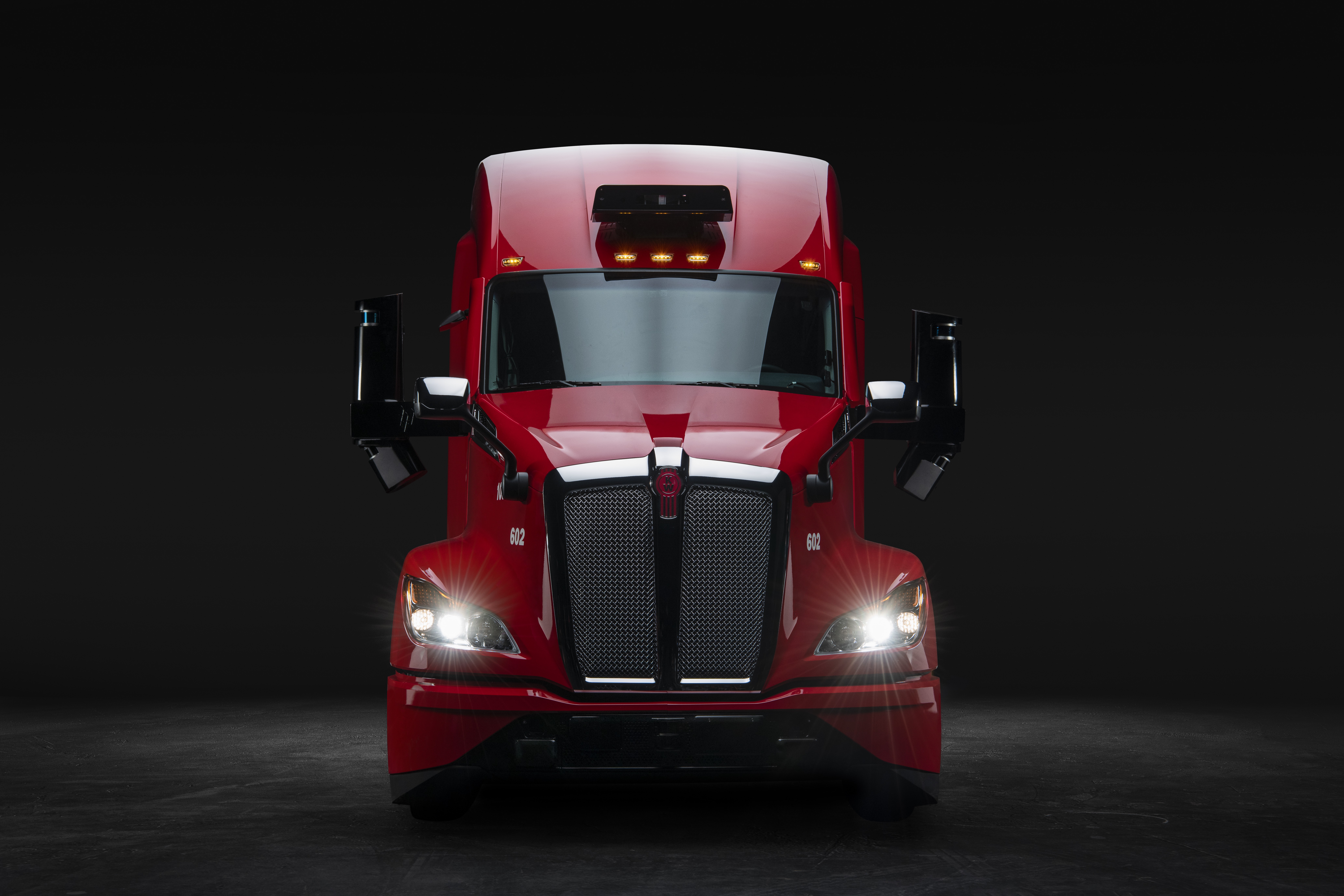 TTP marks the first public initiative where a carrier will directly own and operate a truck with select features of Embark’s automated driving software.

Embark and Knight-Swift’s Truck Transfer Program marks a significant milestone, as a carrier begins to integrate Embark’s technology into existing operations for the first time

SAN FRANCISCO, Dec. 19, 2022 (GLOBE NEWSWIRE) -- Embark Trucks, Inc. (“Embark”), a leading developer of autonomous technology for the trucking industry, and Knight-Swift Transportation Holdings Inc. (NYSE: KNX, “Knight-Swift”), one of North America’s largest and most diversified freight transportation companies, have announced that Embark has initiated handover of the first Embark-powered truck as part of the Truck Transfer Program (“TTP”). TTP marks the first public initiative where a carrier will directly own and operate a truck with select features of Embark’s automated driving software, allowing Embark to gain valuable insight from having its system components operating in a carrier customer’s duty cycle.

To meet the uptime requirements of a commercial fleet, Embark has focused on hardening its Embark Universal Interface and Embark Driver software. This system hardening includes improvements in calibration and maintainability of the system, enabling quick troubleshooting so that trucks can get back on the road.

Embark and Knight-Swift have been jointly working on several operational initiatives to prepare for the handoff of Embark-powered trucks into Knight-Swift’s daily operations. These initiatives include developing maintenance procedures for AV systems, pre- & post-trip inspections, training and certifying Knight-Swift drivers, and escalation policies for maintenance issues. Embark is also training Knight-Swift technicians on how to service and interact with the trucks

While on the road, Embark-powered trucks will be monitored and supported by Embark Guardian, a combination of cloud-based fleet management software and personnel, which together will monitor the health of the Embark system while enhancing safety on the road.

This outside perspective and collaboration with Knight-Swift drivers brings critical insights to Embark’s system as the company continues to execute on its commercialization effort and go-to-market strategy.

“I am excited to take delivery, so our drivers and customers can provide direct feedback on the technology as we use it in day-to-day operations to enable new safety and efficiency in trucking,” said Knight-Swift CEO, Dave Jackson.

Embark CEO Alex Rodrigues said, “Handing over the first Embark-powered truck to the Knight-Swift team tops off a year in which Embark has made critical strides to close the gap between testing our autonomous technology and scaling it across customer fleets. The Truck Transfer Program will be a model for the industry as we move from the R&D and pilot phase toward commercialization.”

About Embark
Embark Technology, Inc. (Nasdaq: EMBK) is an autonomous vehicle company building the software powering autonomous trucks, focused on improving the safety, efficiency, and sustainability of the approximately $730 billion a year U.S. highway truck freight market. Headquartered in San Francisco, CA since its founding in 2016, Embark is America’s longest-running self-driving truck program and partners with some of the largest shippers and carriers in the nation.

This press release includes “forward-looking statements” within the meaning of the “safe harbor” provisions of the Private Securities Litigation Reform Act of 1995. Embark’s actual results may differ from their expectations, estimates and projections and consequently, you should not rely on these forward-looking statements as predictions of future events. Words such as “expect,” “estimate,” “project,” “budget,” “forecast,” “anticipate,” “intend,” “plan,” “may,” “will,” “could,” “should,” “believes,” “predicts,” “potential,” “continue,” and similar expressions are intended to identify such forward looking statements. These forward-looking statements include, without limitation, Embark’s expectations with respect to future performance. These forward-looking statements also involve significant risks and uncertainties that could cause the actual results to differ materially from the expected results. Factors that may cause such differences include, but are not limited to: (1) ability to expand into new markets; (2) changes in the applicable laws or regulations; (3) the possibility that Embark may be adversely affected by other economic, business, and/or competitive factors; (4) the impact of the global COVID-19 pandemic; and (5) other risks and uncertainties separately provided to you and indicated from time to time described in filings and potential filings by Embark with the U.S. Securities and Exchange Commission (the “SEC”), including those discussed in the registration statement on Form S-4 and definitive proxy statement/prospectus and other documents filed with the SEC from time to time. These filings identify and address other important risks and uncertainties that could cause actual events and results to differ materially from those contained in the forward looking statements. Embark cautions that the foregoing list of factors is not exhaustive and not to place undue reliance upon any forward-looking statements, including projections, which speak only as of the date made. Embark undertakes no obligation to and accepts no obligation to release publicly any updates or revisions to any forward-looking statements to reflect any change in its expectations or any change in events, conditions or circumstances on which any such statement is based.

Photos accompanying this announcement are available at

A video accompanying this announcement is available at: